Welcome to July and a brand new release! The July Release is pretty awesome and I know you are going to love it and the inspiration from the team! My card features Thank You (stamp of the month) and Texture Tiles 6 from the new release along with previously released Peony Cluster and Script Stencil.

As you may know by now, I have been on a mission this year to use up pieces from my extra bin. I rescued the floral piece from this bin. I colored this image months ago as a practice piece with some new watercolor pens never intending to make it into a card. In fact, I was so unhappy with my results (color of the flowers and the leaves were originally all different colors of greens) that I almost pitched it in the trash. I could hear Korin in my head, practically gasping at me throwing it out that I hung on to it thinking maybe one day I can salvage it. The sand colored piece was also in the same bin just minus the chicken wire. 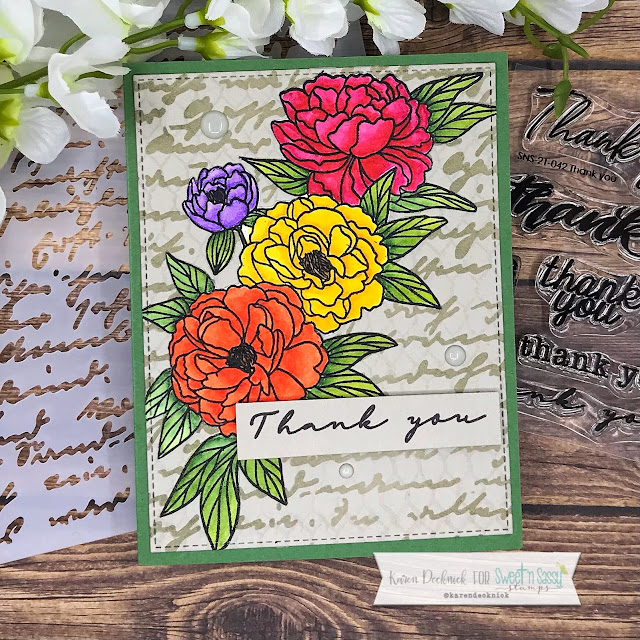 When a sentiment set, like Thank you, is released I always reach for my bin to see what I might be able to pair it with. When I saw this floral image and the background piece I knew it was time to fix what I did not like about it. I added water with a brush and dabbed off color with a paper towel. Once I was satisfied with lightening the colors I added more color to the flowers, but in darker shades to try to give a little bit of depth. I redid the leaves so they looked like they belonged together. I used a combination of Arteza and Altenew brush pens/markers to color the image both times. I fussy cut the image when it was dry and set aside.

I thought the script background was a good fit for the floral image, but I felt like it needed a little bit more. I used the chicken wire from Texture Tiles 6 and Versamark ink to add a bit of texture to the background. To be honest, I was hoping it would be darker, but I'm kind of glad it's not and is more subtle. I used Wheat ink to stencil the script onto Sahara Sand cardstock. 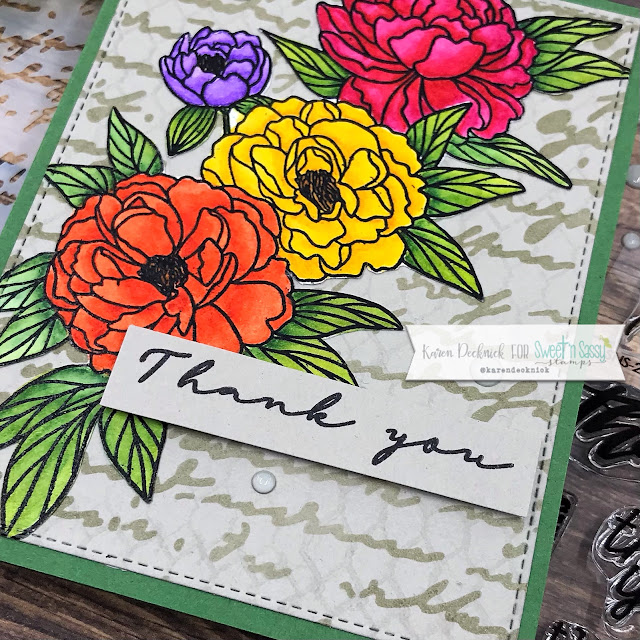 I glued the floral to the front of the script panel, die cut out and adhered to a Garden Green card base. I stamped the sentiment with VersaFine Clair Nocturne ink on the same cardstock as the background panel. I trimmed the sentiment, attached to the front with foam tape and added three enamel dots to finish off the card.

This Thank You set has ten sentiments all with different fonts. How often do you go digging through your sets to find just the right sentiment with the font you are looking for? I love having one set with the same sentiment in different fonts to go with my many styles of cards! 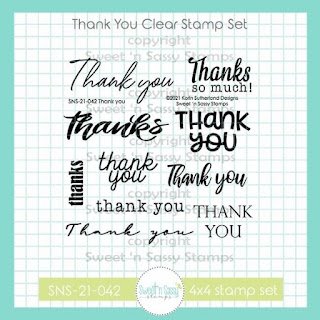 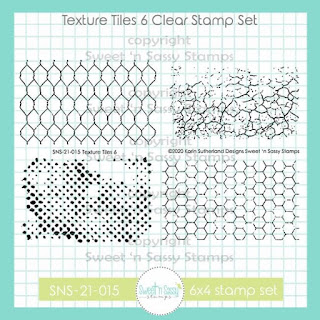 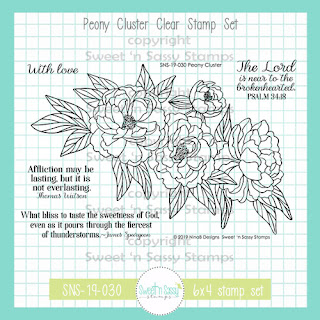 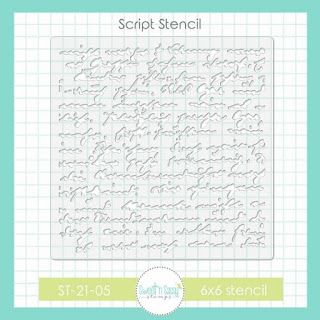 Thanks so much for stopping by,

Karen Decknick
Karen is married to the love of her life, pharmacist and author Steve. Together they have a close-knit family of five girls and one boy, spanning 33 years of adventures together. She has a love of nature and all things creative, particularly paper crafting. After two decades of stamping, Karen can be found most afternoons and evenings at her craft table tap thumping to her heart's content.

Karen Decknick
Karen is married to the love of her life, pharmacist and author Steve. Together they have a close-knit family of five girls and one boy, spanning 33 years of adventures together. She has a love of nature and all things creative, particularly paper crafting. After two decades of stamping, Karen can be found most afternoons and evenings at her craft table tap thumping to her heart's content.

Receive New Posts in Your Inbox!